October 1, 2017 The Humbleweeds 2017, BLOG Comments Off on Elk Encounter in Estes Park

It seemed like the perfect place to go see the autumn leaves and wildlife on the move.  One of our favorite spots, the Rocky Mountain National Park, located just outside Estes Park, CO, has it all.  But things go a bit crazy for a few weeks in the autumn months of September and October.

We arrived at 6:00 am, before the park even officially opened.  The sun touched the mountain tops and the sounds of the season were just outside our window.  Here’s what we heard:  Among the tall grasses we caught a glimpse of the bugling elk bull.  He gingerly took a bath in a nearby pond and made his way up the mountain.  He was as disappointed as we were, he did not have a single female in sight.

We drove through the park and didn’t see another elk anywhere.  We made our way back to town and on our way there we noticed a little elk activity in a residential neighborhood.  The Subaru made a hard right and then another right…and that’s when it happened! We found ourselves smack dab in the middle of a seasonal power struggle among the bulls.  I was both terrified and amazed at the same time.  By this time, the challenge between the bulls ensued around our Subaru.   While one bull showered the residential landscaping with urine, another used antlers to destroy the red maples so carefully planted by the homeowner.  Yes, we witnessed a real pissing contest!

The rest of the elk herd followed submissively as the largest bull encouraged the route.  In the meantime, the other bulls were not about to give up.  We sat dumbfounded in the Subaru unable to take our eyes off the bulls that surrounded us and afraid to make any sudden movements that may be mistaken as a threat.  Eventually, the dominate bull lead the majority of females his way into the woods.  Never giving up, the remaining bulls continued the confrontation to earn the attention of the females that lingered behind.   As the herd dispersed, our freedom to drive was now an option.

Needless to say, the entertainment factor of Colorado wildlife is without a doubt, an exhilarating experience.   We highly recommend it!  The Humbleweeds.  E and L 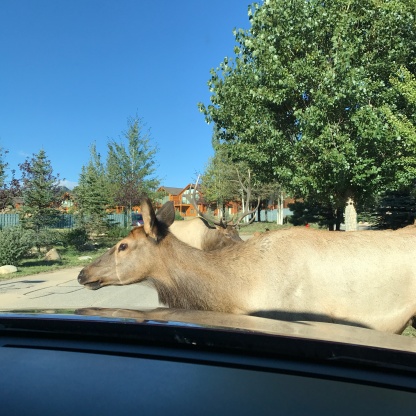 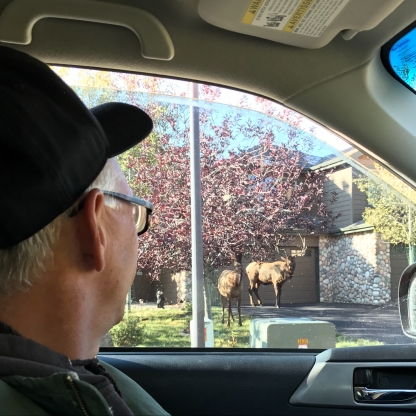 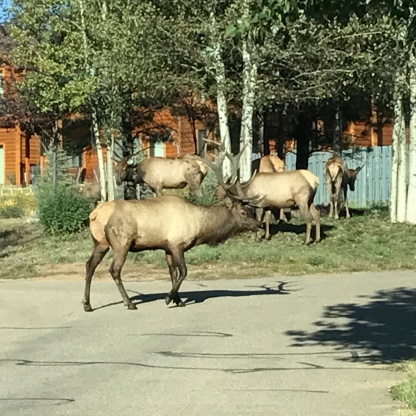 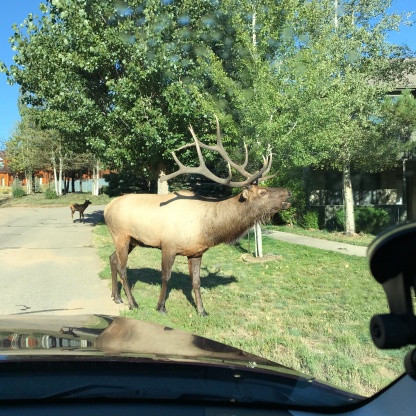 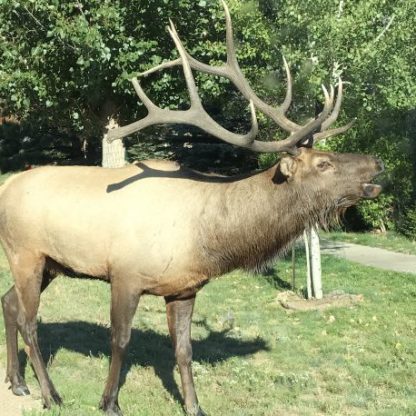